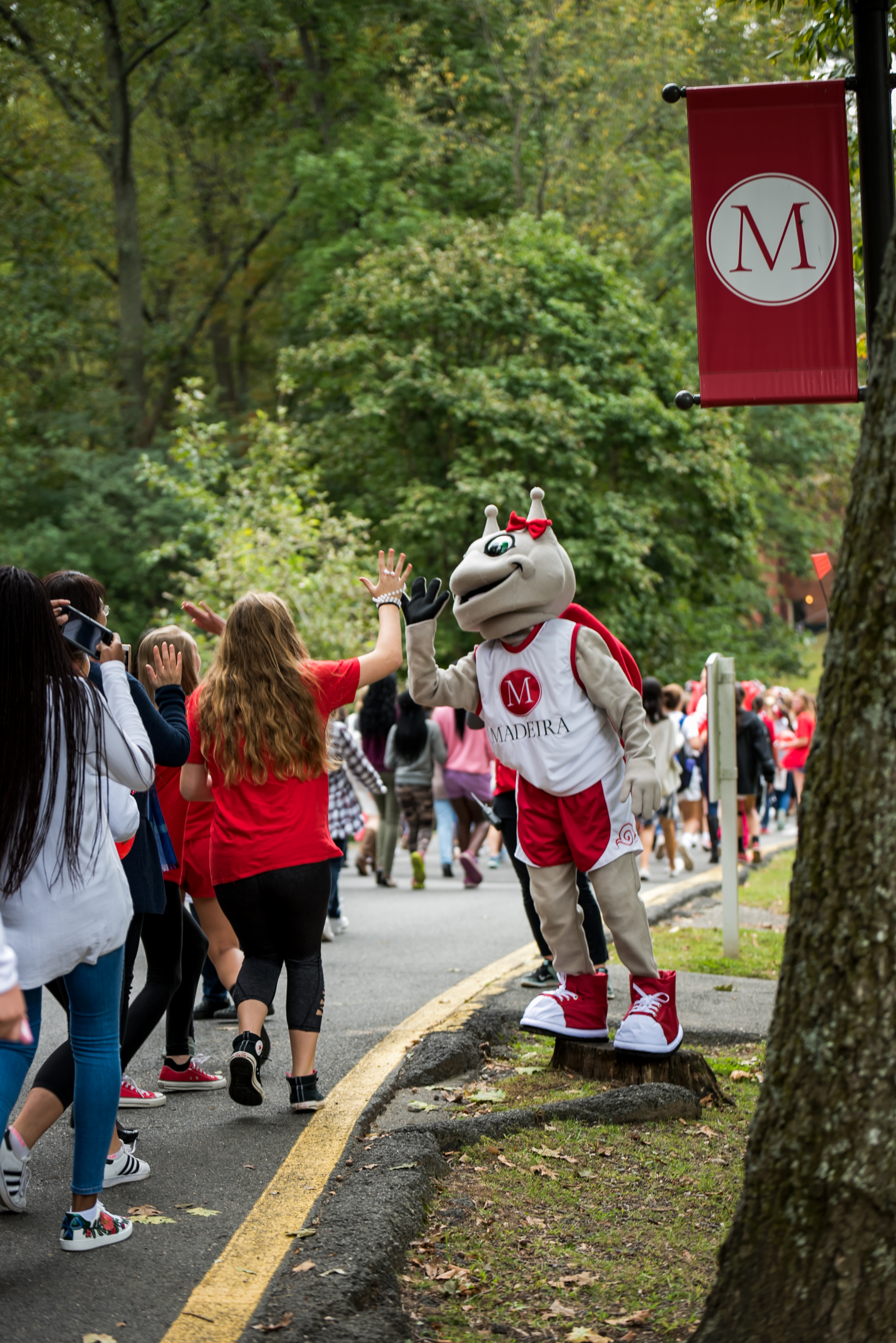 The last weekend in February marked the end of the winter season for Madeira Athletics. Madeira Swim and Dive competed at the VISAA State Championships, the IEA Equestrian Team rode at the IEA Regional Finals, the Squash team hosted their end-of-season Two Racquets and A Ball tournament, and Basketball finished with their last home games and the ISL Championship Tournament. Athletics will have an All School Meeting on Friday, March 3, 2017, to celebrate the successes of the winter sports. Madeira will usher in the spring season on Tuesday, February 28, 2017, with tryouts for Lacrosse, Tennis, Track and Field, and Softball.

The Madeira Varsity Swim and Dive Team concluded the 2016-2017 season with a third place finish at the VISAA State Championships held at the Christiansburg Aquatic Center on Saturday, February 18, 2017. The Snails finished with 253 points, behind Trinity Episcopal School (254) and St. Catherine’s School (285).

Gati, Heilbrun, Davis, Moriarty and Doyle were selected as members of the 2016-2017 All-State Swim Team.

“This was a great meet to cap off a great season,” said Madeira Coach Rod Montrie. “There was outstanding racing in all four sessions and superb team work and sportsmanship all around. I am especially proud of our relays for their wins and records.”

The 2016-2017 Madeira Swim and Dive Program finished their season with a perfect 9-0 dual meet record.

The Madeira Equestrian team finished in first place at the IEA Regional Finals. The first-place finish secured a place at IEA Zone Finals.

In addition to the great team performance, five Madeira girls also qualified for the finals in their individual classes. The five girls who qualified are: Charlotte Burch ‘17 in Open Fences, Ava Brugger ‘19 in Intermediate Flat, Bridget Vaughey ‘19 and Emma Knisley ‘18 in Novice Flat, and Mikayla Connolly ‘20 in Beginner Flat. Congratulations to all of the riders for outstanding performances.

Full team and individual result are below:

JV Basketball hosted Episcopal High School in the final game of the season on February 22, 2017, for defeated the Maroon for the second time this season. Gabby McClellan '20 and A'Nya Harrison '20 led the offense with 8 and 14 points respectively. Harrison added a double-double with 13 rebounds, and McLellan and Kathryn Fronabarger '19 each added 10 rebounds. Margot Matheson '20 (9 Steals, 8 Rebounds), Maggie Needler '18, and Jordan Harrison '20 all added a substantial effort on the defensive front and led the offense at the guard position.

The Snails hard work throughout the season paid off, as the JV Basketball Team ended with a winning record of 10-4!

Varsity Basketball hosted Episcopal High School in the final game of the regular season on February 22, 2017. Annie Newton '20 led the offense for the Snails. Unfortunately, EHS proved too much for Madeira to handle, defeating the Snails 24-53. The Snails went on to face St. Andrew's in the first round of the ISL Tournament.

In the first round of the ISL Tournament, Madeira took on second place St. Andrew's away. The Snails went down 11-32 at the half time break, then held St. Andrew's to 15 points in the second half. Madeira fell to the Lions 27-47 at the final, and concluded the 2016-2017 season.

The Madeira Squash team hosted their annual, year-end Two Racquets and a Ball Tournament on Sunday, February 26, at the Regency Sport and Health in McLean. Each student-athlete asked a friend or family member to compete with them in a three court tournament. The tournament was a great way to celebrate the end of a successful season for Madeira Squash.