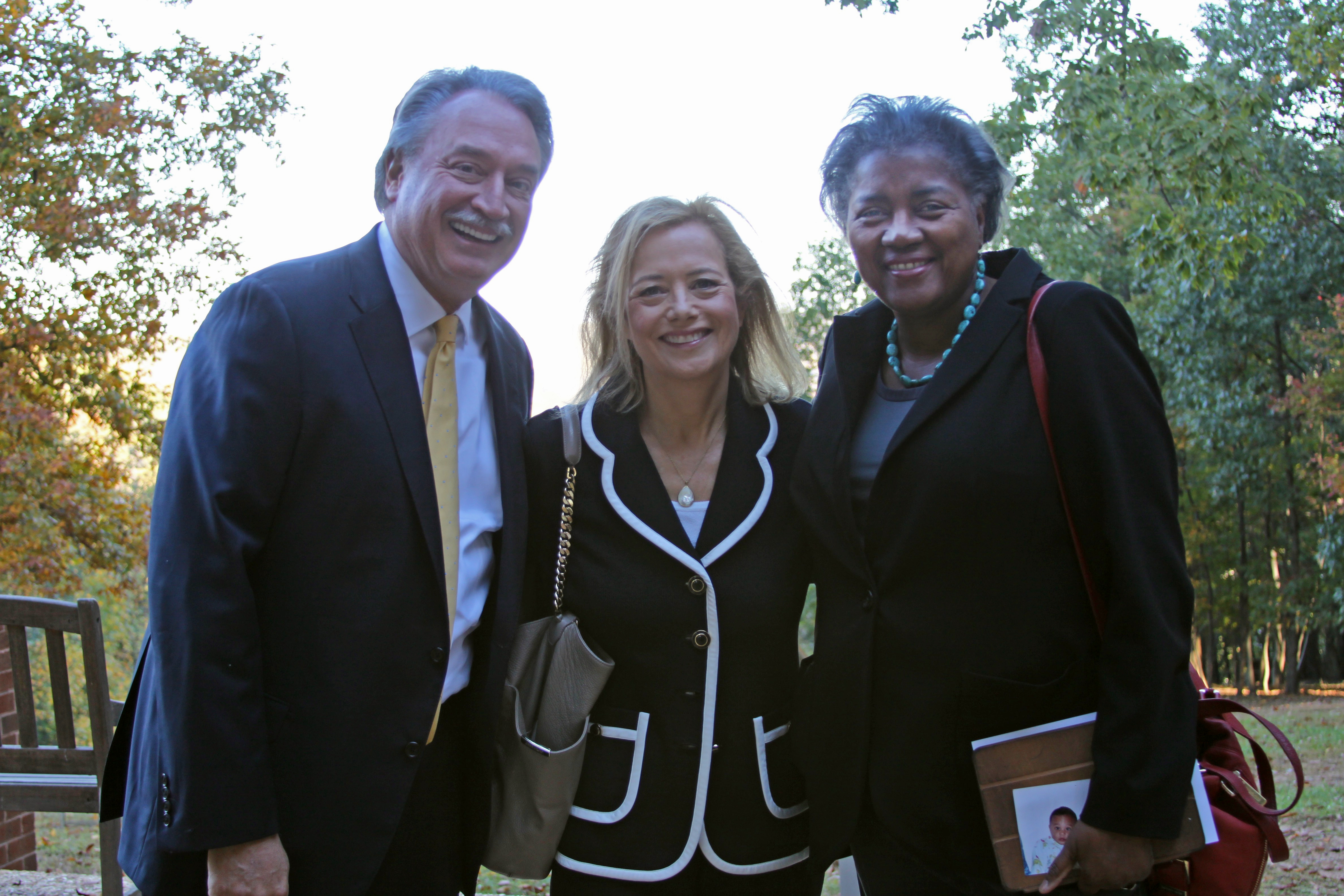 The All School Meeting on Friday, October 16 featured an engaging panel of media and political experts from both the Democratic and Republican campaign arenas, moderated by Madeira mom Hilary Rosen.

Hilary Rosen is a Democratic strategist who serves as a political commentator for CNN, appearing across the network's programming and special political coverage. Ms. Rosen is a well-known strategist who navigates the intersection of communications, media, and politics. She has been an advisor to many federal candidates as well as the Democratic National Committee.

Alex Castellanos represented the Republican Party in this discussion. Mr. Castellanos has developed communications strategies and campaigns for some of the world’s largest companies and helped elect U.S. Senators, Governors and Presidents. Castellanos co-founded Purple Strategies, a bipartisan public affairs firm, appears regularly on Meet the Press, and currently serves as a member of CNN’s “Best Political Team on Television.”

You can read more about the panelists here.

Ms. Rosen started out the lively conversation by asking Mr. Castellanos to explain the basics of caucuses and primary elections to the students. He said that organization and passion for the issues and the candidates is far more important at this stage of the process, and that because it takes an elevated dedication and effort, many fewer people vote in the caucuses and primaries than do in a general election.

Ms. Brazile was asked to share when she thought the primary elections would be held. Brazile is on the rules committee that sets the calendar for state primaries and which ultimately determines the number of delegates able to vote for the candidates. She explained that the Iowa caucuses will be held on February 1, followed by the first primary in the country on February 9 in New Hampshire.  She also mentioned there is a state law which requires New Hampshire to hold the first of the primary elections. She went on to say that on March 1, 15 southern states will hold their primaries, and by that time fewer than 20% of the delegates will have been chosen. It is Brazile’s estimation that the Democrat presidential candidate will be determined by Easter, but that with so many candidates in the Republican race, it could be a longer process for their party.

Ms. Rosen asked the panelists how they got their start working in politics, and both Mr. Castellanos and Ms. Brazile were influenced at a very young age to get involved. Brazile began working in community organizing at the age of nine, in the aftermath of Martin Luther King’s assassination, knocking on doors in her New Orleans neighborhood to encourage people to register and to vote. Castellanos was six years old when his parents moved their family from Cuba to get away from the Castro government, which inhibited their freedom. Castellanos got into politics to work toward proliferation of his belief that Americans should be able to succeed or fail without too much government oversight or bureaucracy.

The panelists’ opinions about the Republican primary race included Mr. Castellanos explaining that he thought Donald Trump’s popularity was the result of the Republican Party being so dysfunctional in recent years. The fact that Trump’s poll numbers are so high is an indication that people want change, he explained. He said that the party needs to look forward, to the future of technology and what the possibilities for the country are, rather than being mired in the old ways of doing things. He felt that it was possible that Marco Rubio or Carly Fiorina could be the breakout candidate to challenge Trump. Ms. Brazile said that she thought Dr. Ben Carson could give Trump a run for his money.

Rosen then asked Brazile about the Democratic Party race and Brazile said that while she likes Bernie Sanders and his directness, passion and focus, she believes Hillary Clinton has the experience, both domestically and with international issues to be the next president over and above the other candidates. If Joe Biden enters the race, things could get interesting, she said. But he has just another 10 days or so to make that decision before the first states would exclude new candidates from receiving delegate votes in their caucuses or primaries.

When Ms. Rosen opened the floor for student questions, there were dozens of hands in the air. Students were eager to engage in the discussion. The first question to the panelists was, “How does media coverage and social media affect the political campaigns these days.”

Mr. Castellanos answered by saying that it is good that people have more information from more places than ever before. People are engaged and talking to each other. He used the analogy of comparing painting to pointillism, where thousands of tiny dots don’t look like much on their own, but make a difference in the big picture.

Another student asked the panelists about their views on immigration. Brazile said, “I support comprehensive immigration reform and a path to citizenship.” Castellanos said, “As an immigrant, it’s hard to be in a party that sees newcomers as the problem.”

Other student questions included asking the panelists their opinions on how to better help veterans get the care they require for PTSD and other medical treatment and “Why do Republican’s oppose gun control?” to which Mr. Castellanos replied, “There’s a limit to how well the government can be expected to protect you, but the constitution gives people the right to protect themselves.”

Brazile closed the ASM with strong encouragement for students to get involved in the process at whatever level they are able, as soon as they are able, noting that they do not have to be of voting age to make a difference.