Alumna to speak at National Geographic 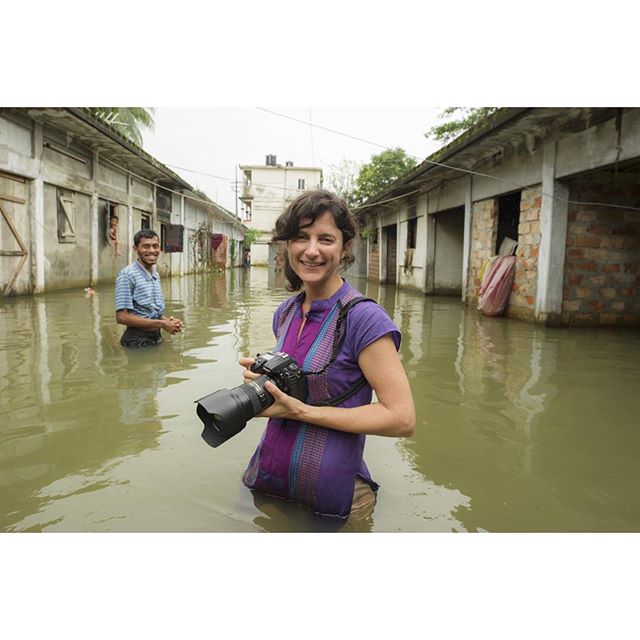 Award-winning photojournalist Ami Vitale’s '89 will speak at National Geographic in Washington, D.C. on December 8, 2015. Her work and stories will be showcased in a presentation titled: Rhinos, Rickshaws, and Revolutions: My Search for Truth.

Vitale attended the University of North Carolina before getting her start at the Associated Press as a picture editor in New York and Washington, D.C. Her career as a photographer and filmmaker has taken her to more than 90 countries, where she has covered revolutions, unspeakable violence, extreme poverty, and sweeping cultural change. Widely recognized for her craft, Vitale has won the Daniel Pearl Award for Outstanding Reporting, the Lowell Thomas award for Travel Journalism, and numerous awards from World Press Photo. Published in Time, Newsweek, Smithsonian, Geo, National Geographic, and others, Vitale has recently been the subject of two TV series, including Mission Cover Shot on the Nat Geo Channel. Vitale has also been awarded many grants, including the first ever Inge Morath Award by Magnum Photos, the Canon Female Photojournalist Award for her work in Kashmir, and the Alexia Foundation for World Peace grant.

After more than a decade covering conflict, Vitale couldn’t help but notice that the less sensational—but equally true—stories were often not getting told: the wedding happening around the corner from the revolution, tiny triumphs amidst seemingly endless devastation. As a result, she re-committed herself to seeking out the stories within and around “the story,” and remaining independent, so that she would have the freedom to shoot what she believed deserved to be shared.

Having lived for a time in New Delhi, India, Vitale now comes home to Montana in between making films and shooting stories about the planet’s most pressing issues, including wildlife on the edge of extinction, climate change-precipitated migration, and the struggles and triumphs of the human spirit. Vitale is a founding member of Ripple Effect Images, a collective of scientists, writers, photographers, and filmmakers who document challenges facing women and girls in developing countries and then donate that media to the nonprofit organizations helping them, to assist in fundraising. She is also an Ambassador for Nikon and a contract photographer with National Geographic magazine. She lectures and teaches workshops throughout the Americas, Europe, and Asia, and her work is exhibited in museums, galleries, and private collections worldwide.