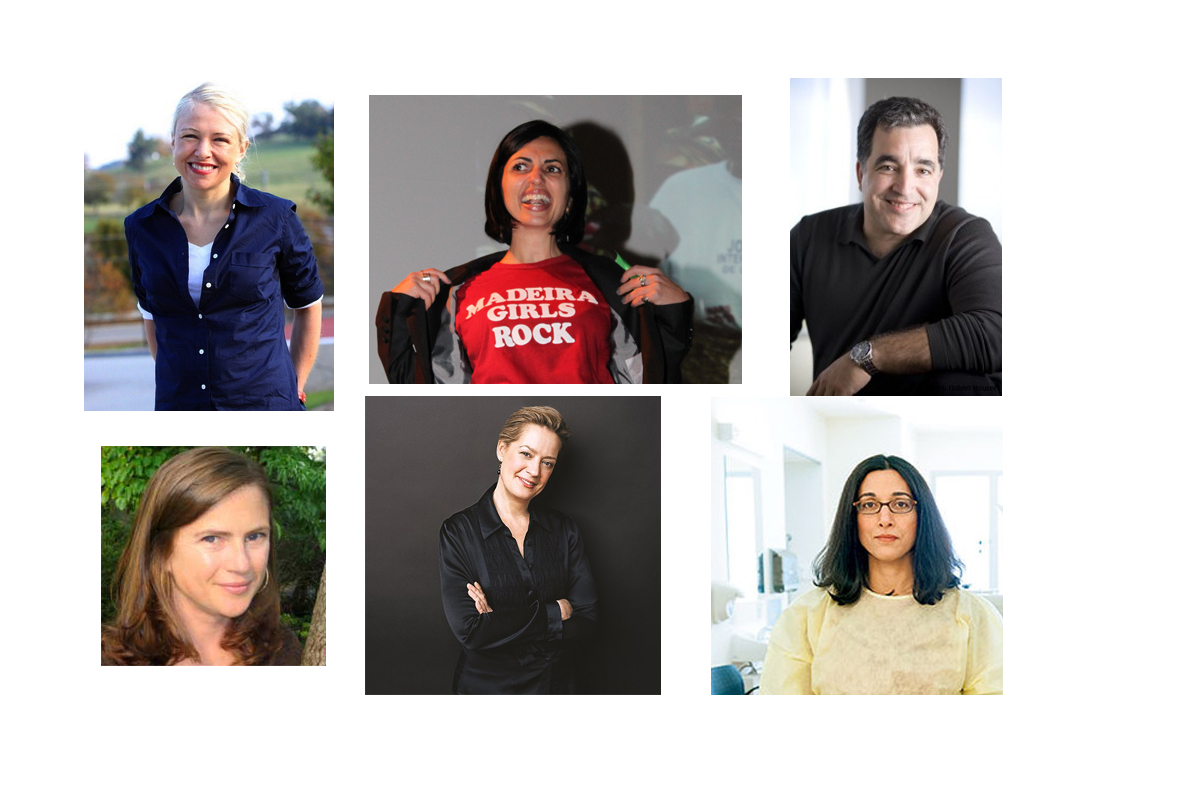 Part of a Madeira education is being exposed to thought-provoking conversations and ideas. One manner in which this takes place is through All School Meetings – a time when students, faculty, and staff gather as a community to hear speakers or watch performances. Along with student- and teacher-led All School Meetings, we are excited to announce a great fall lineup of speakers including several alumnae. Parents and alumnae are welcome to attend these events as well.

Jennifer Weaver will speak with the Madeira community about the process of mindfulness and its benefits. She is a clinical social worker (licensed in Virginia and Maryland), registered play therapist-supervisor, and graduate school faculty member with over 16 years of experience in psychotherapy and counseling. Along with her therapy and supervision practice, she has been a member of the adjunct faculty at Catholic University of America since 2001, teaching master’s courses in therapeutic work with children, adolescents, and young adults. For more about Ms. Weaver visitwww.weaverandassociates.net.

Lina Abirafeh, PhD is a gender-based violence (GBV) specialist with over 16 years of experience in various development and emergency contexts such as Central African Republic, Haiti, Afghanistan, Papua New Guinea, amongst others. Lina is an independent consultant providing technical expertise to various organizations on GBV in emergencies. She is currently providing advisory services to UNFPA, the United Nations Population Fund, on scaling up their GBV response in humanitarian emergencies globally, and also helping various local organizations at the frontlines of the Syria response. Lina is also a GenCap (Gender Standby Capacity) advisor, supporting humanitarian actors to mainstream gender equality and GBV programming across the humanitarian response.

Her academic qualifications include a PhD from the London School of Economics and Political Science (LSE) Development Studies Institute (DESTIN), researching the effects of gender-focused international aid in conflict and post-conflict contexts, with a specific focus on GBV. Based on this research, she published a book entitled “Gender and International Aid in Afghanistan: The Politics and Effects of Intervention” in 2009. Her CV provides a full list of publications and presentations on GBV, gender issues, emergencies (both conflict and natural disaster), masculinities, and other relevant topics – available upon request. Lina received her master’s degree in international economics and development from Johns Hopkins University (JHU) School of Advanced International Studies (SAIS) in 1998. She is a board member of ABAAD - Resource Center for Gender Equality, an NGO based in Lebanon and covering the Arab world, and she also serves on the international advisory board of Forced Migration Review. She is fluent in French and functional in spoken Arabic.

Tech leader and STEM education advocate, Dr. Phillip Alvelda will be our guest speaker during the Parents' Weekend All School Meeting. Dr. Phillip Alvelda is the CEO and chairman of TaDa, a technology and media startup delivering live television and voice service over broadband networks, and the founding chairman of The Westminster Institute for Science Education [WISE], an organization that helps schools extend and enrich STEM education with an emphasis on technical design, creativity, and innovation. Prior to TaDa and WISE, Dr. Alvelda was the founding CEO of MobiTV, the world's leading provider of live TV, video-on-demand and music over mobile networks. Dr. Alvelda and his team took the idea of "rich media delivery over wireless networks" from concept to market leadership with the world's first live television experience over mobile phones, creating an entirely new media distribution channel, now called mobile television. Since MobiTV's 2003 debut on Sprint, Dr. Alvelda grew the service to more than two million paying subscribers on all the major US, Canadian, UK, and Latin American wireless networks. The company now has over 17 million subscribers, making MobiTV the US's third largest television provider by distribution. Dr. Alvelda received an Emmy Award from the Academy of Television Arts & Sciences, was selected by Fast Company as the US's 15th most influential high technology entrepreneur, and has been granted numerous other technology and industry leadership awards from AlwaysOn, CNET, Fierce, Frost & Sullivan, Mobile Entertainment (one of the top 20 most influential new media executives), Red Herring, and other influencers for innovation and market leadership. He is a regular invited speaker at media and telecom industry events including the World Economic Forum where he was chosen as a "Technology Pioneer" in 2007.

Prior to MobiTV, Dr. Alvelda was the founding CEO and CTO of The MicroDisplay Corporation, a manufacturer of high-resolution miniature displays for low cost HDTVs. Prior to MicroDisplay, Dr. Alvelda was a developer of spacecraft hardware and software systems, and new computing architectures at NASA's Jet Propulsion Laboratory where he designed and built a series of sensors that flew on the Space Shuttle as well as the Galileo and Magellan interplanetary spacecraft. Dr. Alvelda holds over 20 patents and patents-pending on a wide range of technologies, a technical Emmy Award, a bachelor's degree in Physics from Cornell University, and masters and Ph.D. degrees in Computer Science and Electrical Engineering from the Massachusetts Institute of Technology (MIT).

A special All School Meeting featuring guest speaker Katie Koestner. Katie Koestner is a national expert on student safety and teen relationship culture. She has been a leader in the movement to end sexual violence since she took her own solo stand as the first survivor of date rape to speak out nationally at age eighteen. After appearing on the cover of TIME Magazine on June 3, 1991, Koestner worked with HBO to make a documentary film about her story. Subsequently, she has appeared on nearly 50 national television programs and spoken at more than 1700 college and school campuses. She has assisted the United States Department of Education in developing and providing programs to women in high-risk communities. Her testimony on Capitol Hill was instrumental in the passage of federal student safety legislation. Listening to Koestner speak is incredibly engaging; watching her audience listen is enthralling. Students have recited memorable messages to her during chance meetings years later in airports and on the street. With an intrinsic ability to present difficult subject matter in an approachable manner, Koestner relates key facts and statistics weaved with personal anecdotes and real-life stories to produce indelible presentations with lasting results. Koestner graduated Magna Cum Laude and Phi Beta Kappa from The College of William and Mary with a Bachelor of Science degree in Public Policy and a Bachelor of Science degree in Women’s Studies.

Dr. Tara Nayak Palmore is a graduate of Harvard College and the University Of Virginia School Of Medicine. She completed her residency in Internal Medicine at New York Presbyterian Hospital/Cornell University in New York City. She completed her infectious diseases fellowship training at National Institutes of Health (NIH).

She has served as an attending physician and deputy hospital epidemiologist in the NIH Clinical Center since 2007, and supervises the infection control staff. Dr. Palmore has an active research program in the modes of transmission of multidrug-resistant bacteria in hospitals. In 2013, Dr. Palmore, Julie Segre and team were named Federal Employees of the Year for their groundbreaking work to stop the spread of a deadly hospital-acquired infection. Their use of genome sequencing to identify the source and trace the transmission of antibiotic-resistant bacteria, created a revolutionary new model for the health care industry.