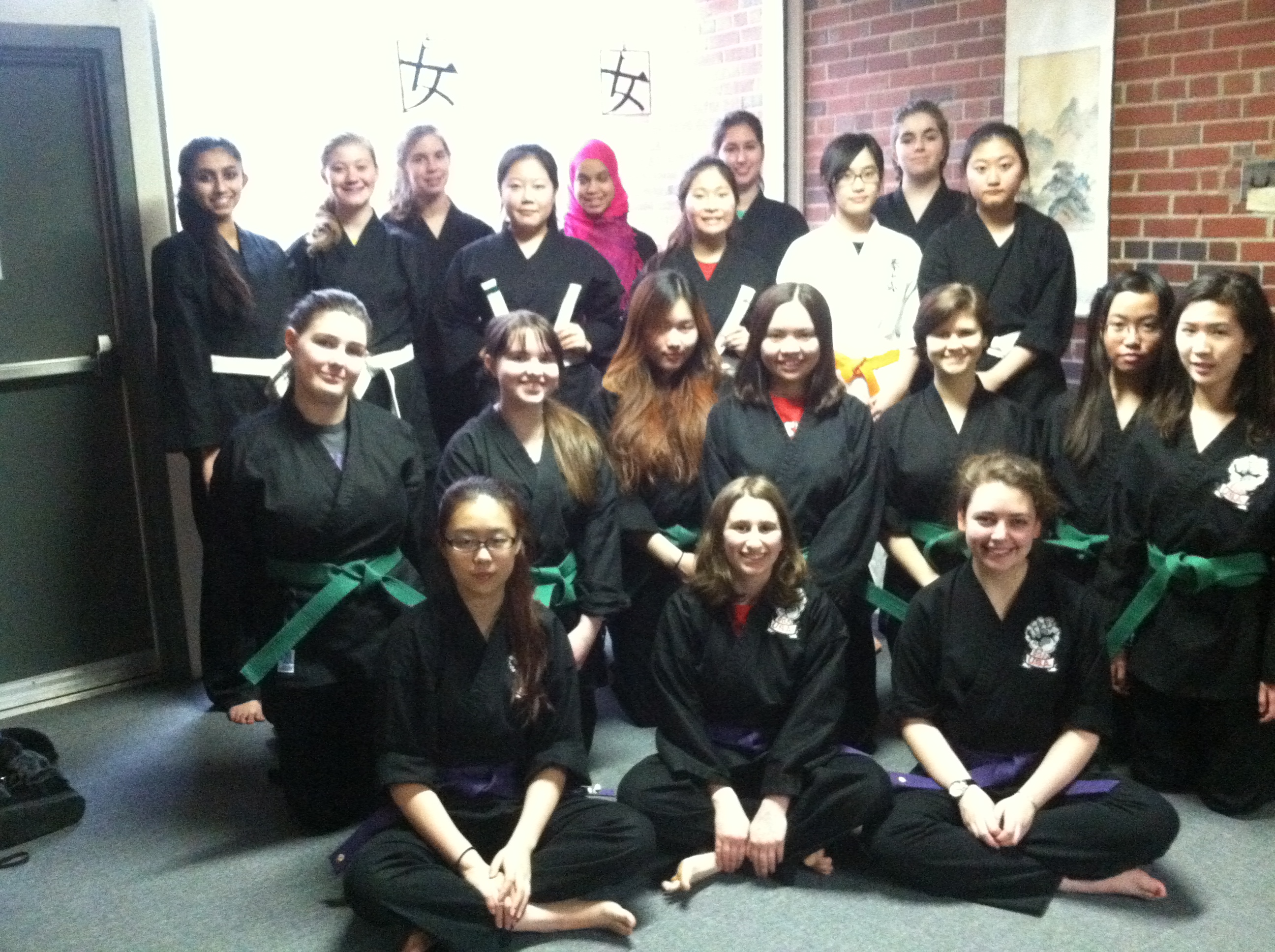 The winter trimester was filled with highlights for the karate activity program. On two Saturdays in November and February, girls from the Madeira Dojo visited Excel Academy in D.C. to teach girls in kindergarten through fifth grade self-defense. In January, the dojo hosted and trained with two special guests, Christine Sorrentino ’11, an alumnus of the Madeira karate program, and David Kohls from Aikido of Arlington. February brought the opportunity for the karate girls to perform a demonstration of forms, sparring, take downs, stick fighting, and board breaking at the all-school pep rally. The term culminated with belt testing and promotions according to technical proficiency and personal development. The following ranks in USA Goju Karate were awarded:

Ranking green belts, Rebecca Leidenheimer ’16, Rachael Weininger ’16, and Raorao (Cherry) Yan ’15, and ranking purple belts, Alison Branitsky ’14 and Yuanxin (Ashley) Ma ’15, received USA Goju lapel patches and belt pins for their outstanding leadership and contributions to the dojo.  Additionally, Sarah Kate Clark, who joined the dojo at mid-term, did an outstanding job at the pep-rally demonstration and is well on her way to earning the level of shichi kyu.

The karate activity meets from 4:30-5:30 p.m. on Monday, Tuesday, and Thursday in the lower level of the health center and is taught by Dr. Stacey Boyette (Science Department), sixth degree black belt.