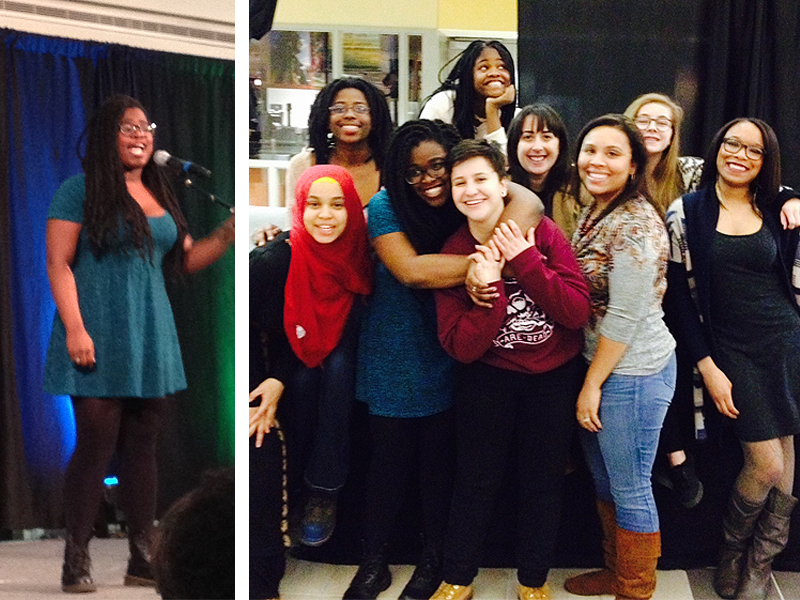 The all-day event was held on the campus of George Mason University and teenage poets from Washington, D.C., Maryland, and Virginia came together to participate in a series of individual preliminary slams, workshops, and open mics that culminated in the Grand Slam Finals Saturday evening. Three of our poets won their preliminary slams and made it to finals including: Zharia, Mona, and Elfrieda. Slam captain, Zharia O’Neal, was crowned the 2015 Hyper Bole Champion and was awarded a $500 prize.