A Fond Farewell for Long-Time Director of Aquatics, Rod Montrie 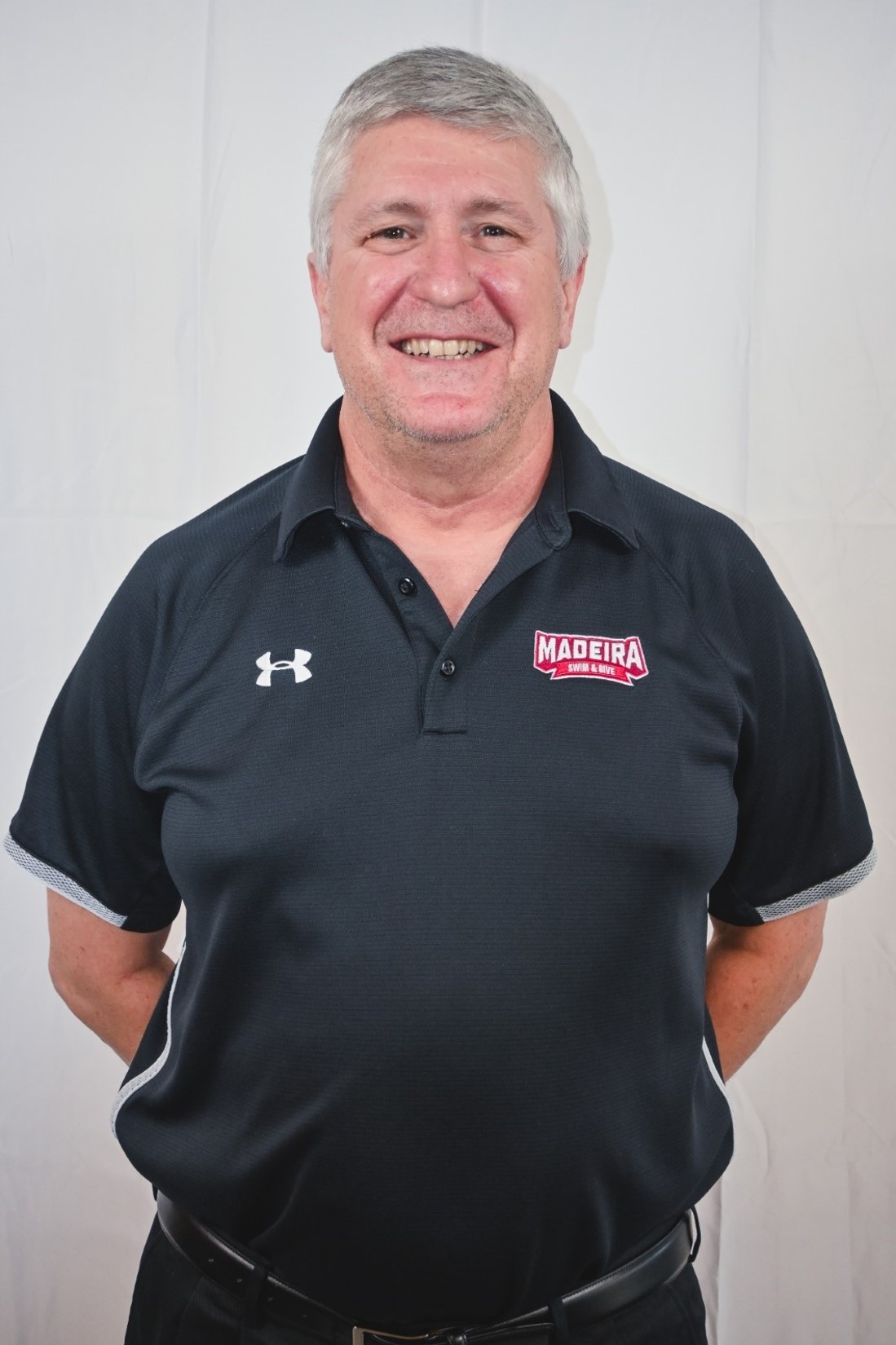 Director of Aquatics and Head Swim Coach, Rod Montrie, will retire at the end of the 2021-2022 school year. He boasts 31 years of service to Madeira beginning in the fall of 1991 when he came to Madeira to advise for the construction of Madeira’s pool.

During his impressive tenure, Coach Montrie amassed 6 VISSA States Titles, 2 ISL Titles, and has prepared over 25 athletes to compete in the NCAA. His recipe for success was supported by the students who could handle the high athletic demand of swimming in addition to the academic rigor of Madeira. “The students who can excel academically and in the pool are truly able to shine,” says Montrie. This success model was demonstrated from 2001-2006 when Montrie and the swim team won 5 VISSA State Titles in six years, placing second in 2004.

Montrie’s most recent VISSA State Title was earned in 2018, with the star-studded team of Izzy Gati (Kentucky), Madeline Heilbrun (Harvard), Sophia Bernstein (Hamilton), Meaghan Doyle (Duquesne), Molly Watts (Drexel), and Sofia Davis (Kentucky). The Championship came down to the last event, the 400-yard Freestyle Relay. The Snails knew that whomever won the event, Madeira or Norfolk Academy, would win the title. The Snails pushed the pace, winning the event, and the VISSA State Title by 0.5 points.

The swim program has served as a staple athletic program for Madeira, with the rigor and expectations set by Montrie contributing to its success. Over 31 seasons, Montrie established a culture that didn’t always focus on the most talented swimmers, but rather the range of the abilities within each team and building from within. For example, team captains played a crucial role in establishing a deep connection between teammates who came from different class years, backgrounds, etc. These captains may not have been the most talented swimmers, but they served as the glue that held the team together. This process is what made the swim program unique and allowed it to thrive for over three decades.

The athletic department and the Madeira community thanks Coach Montrie for his 31 years of service and dedication to our students.