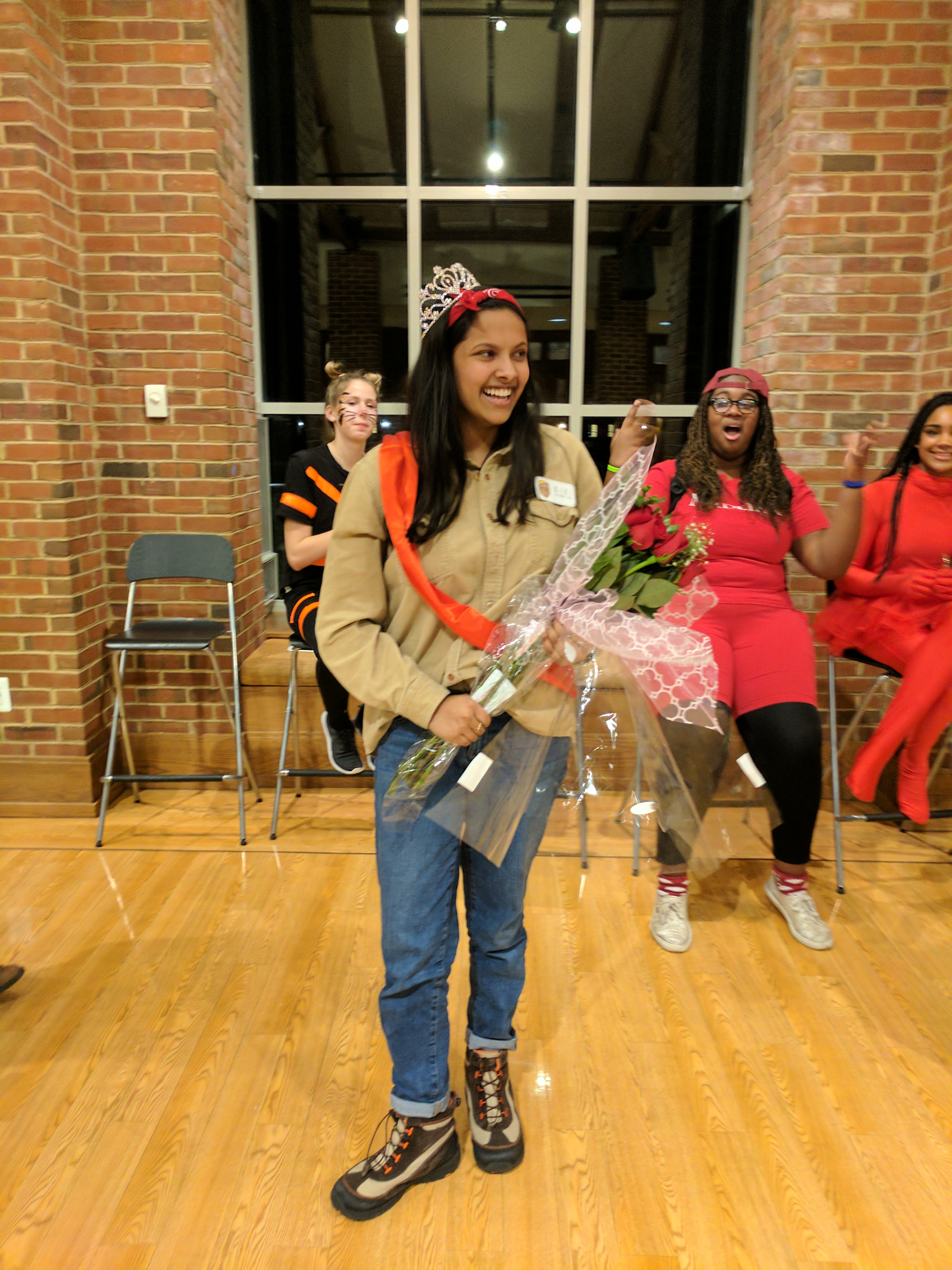 On a chilly night in January, students gathered in the student center for the Miss Greenway pageant.

Miss Greenway is the annual contest organized by the Boarding Committee and is one of the most anticipated dorm competitions of the year. Each dorm chooses a candidate to represent them and that contestant must compete in costume, trivia, short answer and talent categories. Mary Clark ’18 emceed the event and had the crowd in stitches.

First up, Madeira trivia. In order to succeed in the trivia contest, the contestants needed to be incredibly familiar with all things Madeira, including questions such as, “How many trees are on the Oval, how many water fountains are on campus and what was Miss Madeira’s maiden name?”

The short answer question touched on something all Madeira students experience, “This year is the 50th anniversary of Madeira’s Co-Curriculum Program, if you could serve your senior year placement anywhere in the world, where would it be?” The answers ranged from Africa to Korea and beyond.

Next up was the talent portion, a definite fan favorite. Each contestant performed a “talent” that was in step with their dorm theme. There was North’s Under the Sea skit, South’s strong women through history dance montage and a moving performance by East dorm’s Niki Fifield of Coldplay’s Paradise. But perhaps the most entertaining performance of all was by New dorm’s Prabha Girish and accompanist, Zoe Crawley ’18. The performed an original song penned by Zoe about all the residents of New dorm.

A big thank you to judges Mr. Russell, Dr. Wallace and Ms. Newsome!

View photos from the pageant.