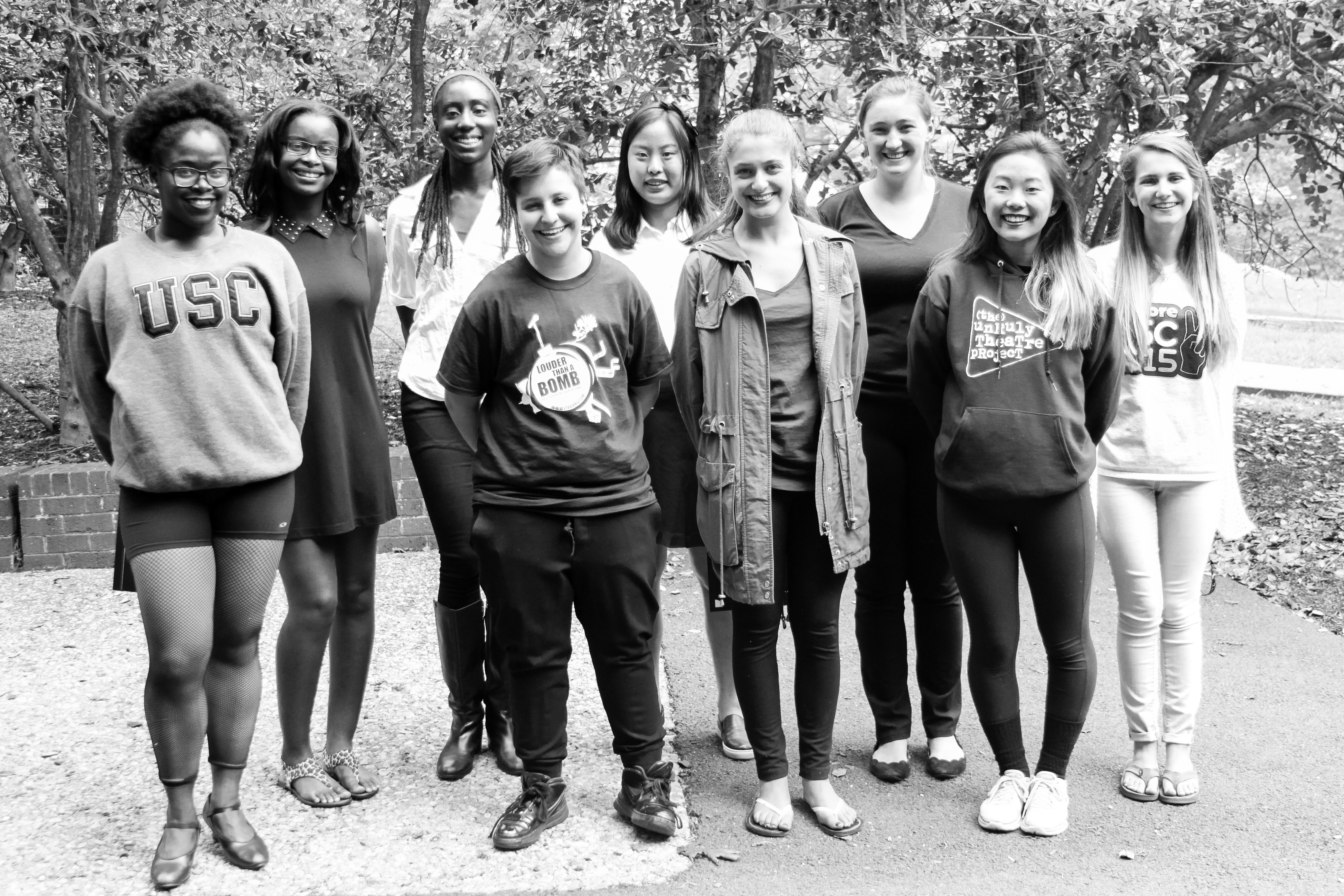 Springfest is an annual event in which the visual, performing, and musical arts are celebrated. Both visual and performing arts were on full display at the 2015 Springfest on May 1. The audience enjoyed the brilliant Madeira dancers, stunning art presentations, and musical performances by individuals and groups like Sweet Ti and Madeira Glee.

Sidney Lee was presented with the Visual Arts Award. Her dedication and love of journalism and visual art has kept her motivated to continue even when things became challenging.  She has continuously been involved in the creation of Madeira’s literary magazine, Gate, and the yearbook. This year, she created a body of work which demonstrated her connection to family and place. She is described by her classmates as thoughtful and helpful, and always ready to jump in to assist with any project. Sydney is currently completing her Co-Curriculum internship at the Orange County Register in Irvine, CA.

The Technical Arts Award was given to Madison Sotos. Madison’s use of paint helped her to create tribal-like images on her portraits. She also began writing on her work and adding texture instead of photographing textured subjects. Her latest work combines all of these elements. She re-photographed landscapes and added text to her images and photographed them so that the texture is in the image, but no longer on the image. As an artist, she pushes the limits of what is possible with both her images and her presentation.

Zharia O’Neal’s work as a dancer and as an actor in the musical and in dance earned her the Performing Arts Award. One of her fellow dancers wrote: “Zharia contributes style and movement and always brings ‘feel’ to the class. She's talented and open to everything” One of her cast mates wrote, “She changes the atmosphere of every rehearsal for the better. Her energy, optimism, enthusiasm and encouragement are contagious, and she makes rehearsal more fun, while still keeping the cast focused. During performances she truly shines onstage, and her stage presence is memorable and fantastic. She is also talented in her ability to play a variety of characters, from the thoughtful Shaw to the silly gangster Moonface.”

Kelleen Moriarty was recognized for her contributions in production. The Production Arts Award was given to Kelleen Moriarty for her experience in the technical crew, as a designer and as a director. This important and necessarily unseen work guarantees that performances happen as planned, and has the ability to respond to the un-planned.  Kelleen has participated in technical theater her entire Madeira career and has put in countless hours of hard work. One of her “tech-mates” wrote: “She goes above and beyond completing requirements and shows up at set builds because she knows she can always help, even if no credit is involved. She also has a raw talent for building and is given very hard building projects to complete or figure out and she always manages to find a way to get it done. She is also very dedicated to teaching younger girls and build up the next generation of techies. She leads by example and is always willing to help a fellow student out. She has now been enrolled in both the directing and the design track of ATP and has excelled in both. Her adaptation of The Laramie Project was beautiful and she led her cast with great poise and strength. She was not an over controlling director and let us all discover our characters, yet still pushed us to always delve deeper. She also took on the extra task of directing all of the scene transitions in Anything Goes, providing some fun for the techies. She used her creativity to make the techies shine.”

This year’s Musical Arts award went to a pair of students, Michaela Laurencin and Sophie Kim, who have developed the vocal music program to a new level. As freshmen, they demonstrated their enthusiasm for ensemble and solo performing. As sophomores, they both joined Sweet ti a cappella ensemble and began crafting harmonies for this group. They observed that the small ensemble was hindered by the 30-minute rehearsal time provided within Madeira Glee. They proposed that Sweet ti evolve into a small ensemble with a longer rehearsal time separate from Madeira Glee, run solely by students in the group, for which they receive an activity credit. These structural and rehearsal changes required more dedicated and recognized student leadership. These students stepped up to serve as co-leaders to guide this group through rehearsals, music arrangement, and development. Under their leadership, Sweet ti has participated in external competitions such as SingStrong A Cappella Festival. They also worked together with Slam Poetry club to create “SlamCapella” student event sponsored by the Madeira Arts Council in the spring of 2014. Their teamwork and leadership have created a high bar for performance and commitment in both Madeira Glee and Sweet ti, and a roadmap for future music students at Madeira.