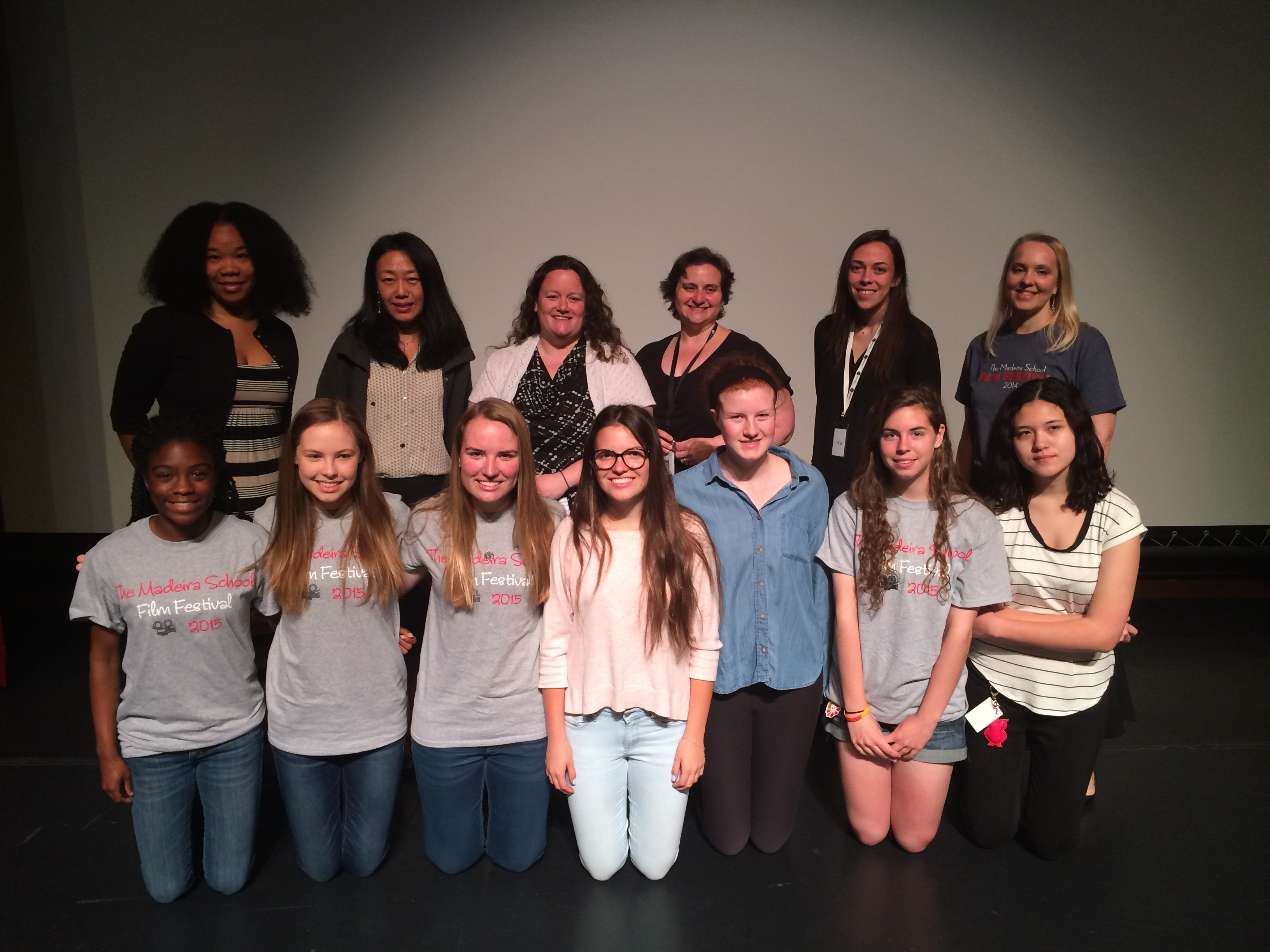 Filmmakers and judges at the 2015 Madeira Film Festival

A student committee made up of Ayanna Costley '15, Mollie Thomas '16, and Karina Atkins '18, helped plan and promote the festival. Their efforts included this fun commercial aimed to generate entries from the Madeira community. Films of all genres were welcome, but were required to be less than six minutes in length. Prior to the event, judges screened the films and submitted their choices for various award categories. The judging panel consisted of: Becky Varni from Cortina Productions and Madeira faculty and staff members Ms. Chandra Smith, Ms. Stacy Tippens, Ms. Xiaofu Ding, Ms. Laura Temple, Ms. Ashley Smith, and Ms. Rebecca Brooks.

Eleven films were screened at the festival and following some brief remarks by guest Ms. Becky Varni, the winners were announced. Taking first place was the fun and lively documentary, Let’s Travel by Victoria Garcia ’17, which had everyone in the audience ready to go on vacation! (See the complete award list below.) Not to be excluded from the process, audience members got to vote for their favorite. After the votes were tallied, The Alternative Appeal by Brianna Harrington and Sarah Kate Clarke was announced as the winner of The Viewer’s Choice Award.

Fourth Place Overall - A Passion For Art by Julia Mandel

Honorable Mention for Cinematography - Women In Washington by Mollie Thomas

Honorable Mention for Editing - Women In Washington by Mollie Thomas

Most Entertaining - Jacket by Ayanna Costley

Best Use of Music - Exemplum by Mandy Margarett Reilly

Most Educational Film - Gertrude B. Elion by Anna Weidinger