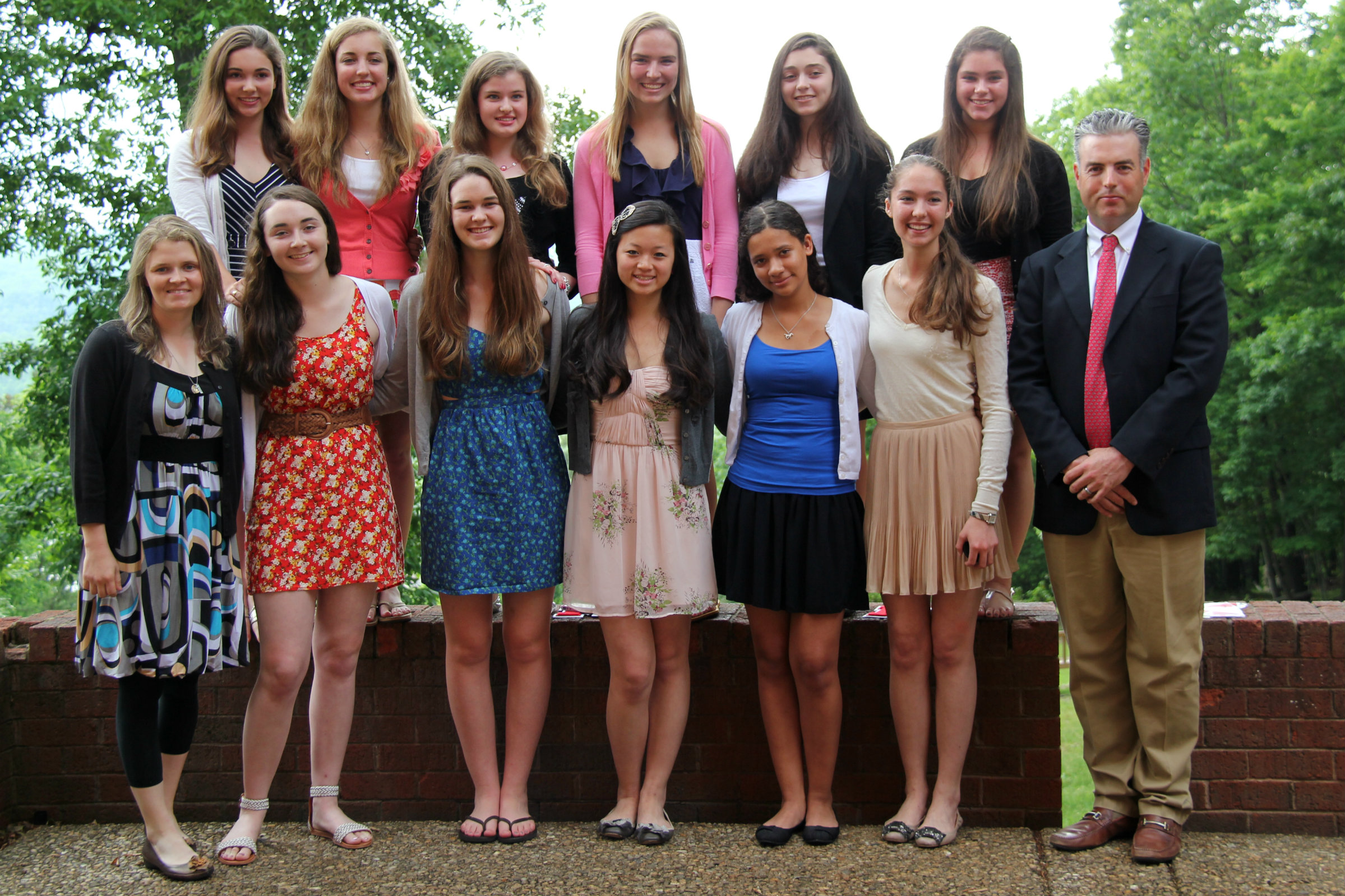 At the spring athletic assembly on May 19, the equestrian program recognized the following riders:

Established in 2002 the Riding Sportsmanship award recognizes an individual that wins and loses gracefully, is supportive of peers, and can appreciate progress and achievements no matter how big or small.

First awarded in 1951, given in memory of Susan Simmons ’49, recognizes considerable improvement in horsemanship, overall improvement in the barn and in the tack. This rider must demonstrate a desire to improve knowledge on the ground in caring for her horse, as well as a drive to learn and succeed in the tack.

Madeira’s most dedicated rider award was rededicated in 2005 by the class of 1958 in loving memory of their classmate and dear friend Ann Swift Cronin. This trophy is awarded to a rider based on contribution to the program both in the tack and around the barn. Ms. Swift Cronin was a true horsewomen, demonstrating the balance of not only being a fantastic rider – but a fantastic horsewomen as well.

To quote Ms. Cronin: “A horse is not a means to success, or merely a vehicle on which to run, jump, and have fun. A horse is a partner, whose care and comfort are dependent on a dedicated rider.”

The Gay Byron Trophy was a gift from the class of 1951 in memory of Gay Byron. It recognizes the equestrian team's most valuable underclassman. This year's winner, Hanna Powers, earned the most points of any rider on the IEA team throughout the regular and post season.

The Deidre Symington Trophy was donated in 1968 and honors the most valuable upperclassman on the equestrian team. This year's winner, Chiara Marton, went undefeated in the IEA postseason. She won both her team and individual classes at zones and regional finals as well as the IEA Individual National Championship in Beginner Walk, Trot, Canter.