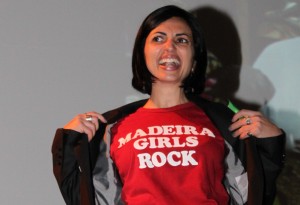 Lina Abirafeh, PhD is a gender-based violence (GBV) specialist with over 16 years of experience in various development and emergency contexts such as Central African Republic, Haiti, Afghanistan, Papua New Guinea, amongst others. Lina is an independent consultant providing technical expertise to various organizations on GBV in emergencies. She is currently providing advisory services to UNFPA, the United Nations Population Fund, on scaling up their GBV response in humanitarian emergencies globally, and also helping various local organizations at the frontlines of the Syria response. Lina is also a GenCap (Gender Standby Capacity) advisor, supporting humanitarian actors to mainstream gender equality and GBV programming across the humanitarian response.

At the end of 2013, Lina completed a two-year assignment as a member of the United Nations Rapid Response Team for GBV prevention and response in humanitarian emergencies. In this capacity, she covered West and Central African countries, providing on-site support to emergencies such as the Central African Republic, the Democratic Republic of Congo, the Sahel food crisis, and the Mali conflict.

Following the earthquake in Haiti in 2010, Lina was responsible for integrating GBV prevention and response in all aspects of the humanitarian response in the country. Prior to this, she spent several years in Papua New Guinea as Senior Gender and Social Development Advisor for the PNG-Australia HIV&AIDS Program, providing training and technical assistance at the intersection of GBV and HIV&AIDS.

Lina spent four years in Afghanistan, working with the United Nations and also as country director of Women for Women International – an international NGO supporting women in conflict and post-conflict contexts. In this capacity, she established and ran a program providing support to the most vulnerable Afghan women – many of whom were GBV survivors. Lina handled all aspects of program operations in addition to building the capacity of her Afghan staff to assume leadership of the office. In its first year, the organization grew to support 3,000 Afghan women (and their families) and employed 65 national staff.

Her academic qualifications include a PhD from the London School of Economics and Political Science (LSE) Development Studies Institute (DESTIN), researching the effects of gender-focused international aid in conflict and post-conflict contexts, with a specific focus on GBV. Based on this research, she published a book entitled “Gender and International Aid in Afghanistan: The Politics and Effects of Intervention” in 2009. Her CV provides a full list of publications and presentations on GBV, gender issues, emergencies (both conflict and natural disaster), masculinities, and other relevant topics – available upon request. Lina received her master’s degree in international economics and development from Johns Hopkins University (JHU) School of Advanced International Studies (SAIS) in 1998. She is a board member of ABAAD - Resource Center for Gender Equality, an NGO based in Lebanon and covering the Arab world, and she also serves on the international advisory board of Forced Migration Review. She is fluent in French and functional in spoken Arabic.