All School Meeting: With Alessandra Stanley '73 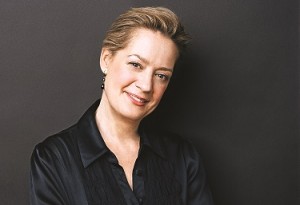