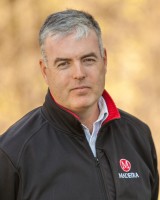 Most recently, McCartney was an instructor of riding and the Intercollegiate Horse Show Association (IHSA) coach at Sweet Briar College. During his three years at Sweet Briar College, riders under his instruction won numerous regional and zone championships and earned ribbons at the IHSA National Championships. Prior to moving to Virginia, Mr. McCartney spent 12 years as a professional trainer in New York’s lower Hudson Valley where he ran several successful equestrian facilities focused on providing top quality horse care and outstanding training and instruction. His students and horses have won championships at major United States Equestrian Federation (USEF) A-rated horse shows, including Old Salem, Ox Ridge, Fairfield and HITS. 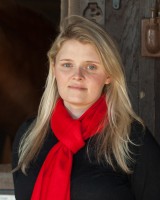 Ms. Leonardi comes to Madeira from Chatham Hall, where she spent four years teaching junior varsity and varsity level riding, and coaching students at local, rated, and IEA horse shows. Prior to teaching at Chatham Hall, Ms. Leonardi managed a private riding program in North Carolina. She also spent time working for a grand prix rider, traveling the A-circuit, and assisting with training, horse care, and sales. She received a bachelor’s degree in Psychology from Sweet Briar College, where she competed on the IHSA and Hunter Show Teams, and worked as a teaching assistant. 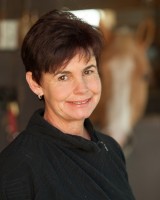 Ms. Malinda Grice joins Madeira after coaching the Penn State Equestrian Team, where she helped her students achieve victories both as a team and individually in the Intercollegiate Horse Show Association at the Regional, Zone and National level. Her students' accomplishments include Penn State's IHSA Team Reserve National Championship in 2006 and Individual National Championship in the Walk-Trot in 2013. Under her instruction, the team also won the prestigious Holiday Tournament of Champions Invitational Show in 2012, and she helped coach a Penn State student to the Top 16 finals in the USHJA's Emerging Athletes Program in 2012. In her 20 year career, Ms.Grice has also worked, competed and coached at USEF AA rated horse shows from Florida to Vermont and is knowledgeable about the preparation of riders and the quality care of horses competing at that level. Before moving to Pennsylvania in 1998, she taught in a large lesson program in Raleigh, NC, as well as working for several AA show trainers in North and South Carolina. She attended St. Andrews Presbyterian College (St. Andrew's University), where she double majored History and Asian Studies and studied abroad in Bejing, China. While at St. Andrew's, she competed on the IHSA and ANRC riding teams, showed at USEF AA rated shows, and qualified for and competed at IHSA Regionals and Zones, and ANRC Nationals.